Different Types Of Ceilings You Can Consider For Your Commercial Space 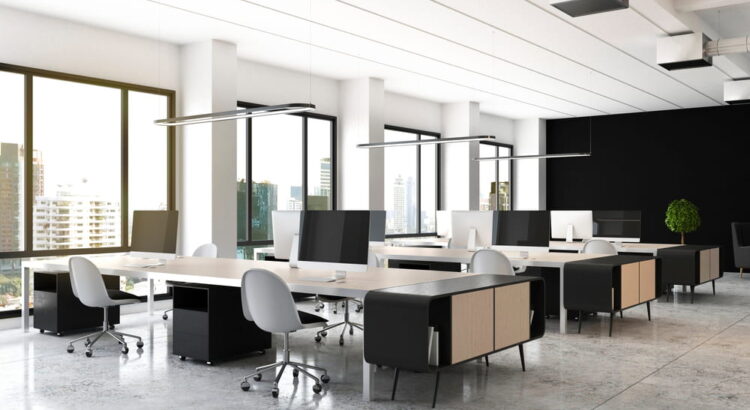 When you are looking to design a commercial space, there are many things you must consider throughout the design process. One that is highly important is the type of ceilings your space will have, and there are various options available that you can consider for your area. You will need to look at the pros and cons of each, their cost, and how they will impact the area you are designing. Below are some ceiling options you can consider for your space to help you get started and ensure it looks fantastic, whatever type of space you are designing.

A tray ceiling has multiple levels, which can be an excellent addition to a room, giving it character. As the name suggests, they resemble a tray on the ceiling, with the edges being raised and the area resembling a tray being higher. You will often see this type of ceiling in galleries as they will recess lights around the edges of the room to help highlight the various displays. However, you can use them for many commercial spaces, including restaurants, offices, and stores.

A suspended ceiling is also known as a dropped ceiling and is one of the most frequently chosen options for commercial spaces. The reason for its popularity is that the ceiling sits on a metal framework dropped down from the ceiling, which allows you to put cables, wires, and other utilities in the space and have them hidden. Many areas will also have acoustic ceiling tiles, which can help reduce the noise from air conditioning in the space. Dropped ceilings are a versatile option suitable for many different commercial areas, and plenty of cost-effective solutions are available.

When looking for a high-end finish for the ceilings in your commercial space, you can consider having a coffered ceiling. It is a type of ceiling you will commonly find in places such as libraries, hotels, luxurious homes, and sometimes churches. It is not a cheap option, and you will need to use the services of a reputable company to install the wooden grid of panels on the ceiling. However, once complete, it will give your space the feeling of luxury and opulence and help it stand out from the crowd.

Another option you can consider using, which can have a striking effect and be used in various commercial spaces, is having a shed ceiling. The design of the ceiling is to slope like the roof of a shed, and you can achieve this in two ways. You can design the roof of the building like this and build it at an angle, or you can create the same effect using a suspended ceiling. It can also help to make your ceiling appear taller than they are, creating the illusion of more space.

An excellent option for large spaces that can create the feeling of grandeur is installing a beamed ceiling in your commercial area. It is a contemporary and traditional style that can give a rustic feel to a space and help create a charming character. You must ensure you do not use these beams in smaller spaces, as they can overwhelm you in smaller areas, but in large open spaces, they can have a commanding effect.